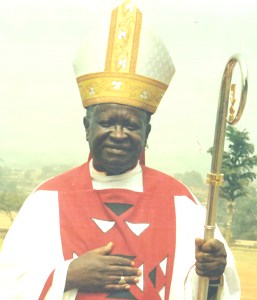 Christians of Bamenda Archdiocese are in shock after they learnt of the death of Archbishop Emeritus of Bamenda Mgr. Paul Verdzekov on Tuesday, January 26, 2010 at Ntasen, Bamenda. Fr. Paul died quietly in his sleep during siesta at the Catholic Health Centre in Ntasen where he took up residence since he retired in 2005. Shortly before his retirement, he took seriously ill and later recovered through what many Christians considered a miracle. Since then his health was gradually degrading although he was present in most church events, the last being the opening Mass of the Bishops’ Annual Seminar in Bamenda on January 3, 2010.